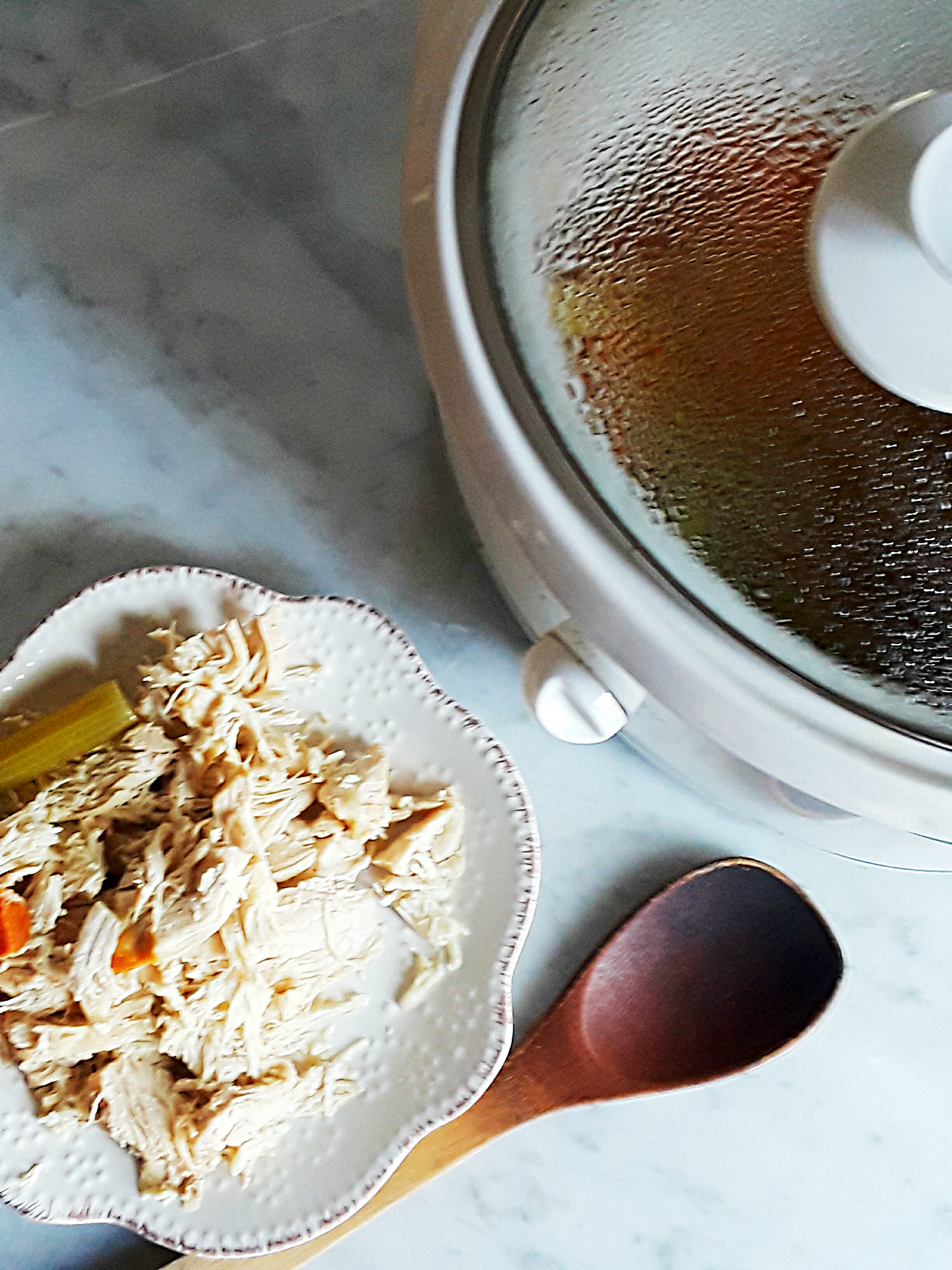 Have you been tempted to buy shredded chicken at the grocery store?

When you’re in a hurry this option looks attractive.

But at almost four times the cost of buying uncooked chicken breast, is it really worth the convenience?

I’ve discovered that its just as easy to cook your own shredded chicken in the slow cooker as it is to drive to the store and buy it.

You can make slow cooker shredded chicken on the weekend and have cooked chicken on hand for lunches and dinners during the week. Or, throw it in the slow cooker the day you want it, and make extra for leftovers.

I like using shredded chicken to add protein to salads, sandwich wraps, and soups.

Save money, time, and keep control over the ingredients. What more could you ask ? 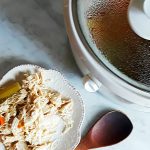 Make your own shredded chicken to use in lunches and dinners during the week. It's easy and saves time and money.