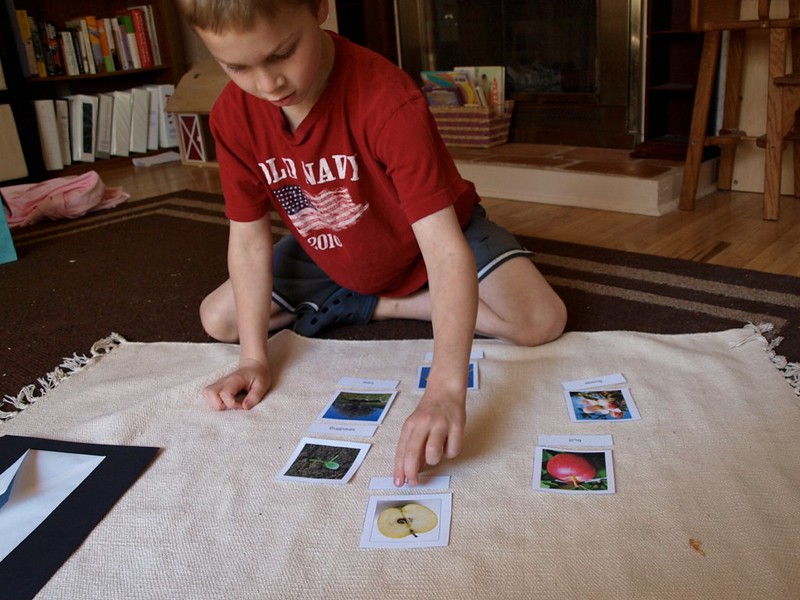 In my day, we called it “Concentration” after the TV game show of the same name.

It’s a simple game to make and play, and its adaptable to all ages and interests.

You can design the game to teach vocabulary, number sense, the alphabet, musical notes, or just about anything else you want to learn.

You can even make it strictly entertaining.

Learn spelling by finding magazine pictures of the word and write the word (correctly, of course!) on its matching card.

Teach reading by finding or drawing pictures that match the written word.

Practice the Periodic Table of Elements by writing the symbol for an element on one card and its element name on another.

The possibilities are infinite. (Hey, how about math symbols and their names?)

You get the idea.

The only caveat is to make the back side of each card look exactly the same to avoid cheating.

And here’s another bonus: making the game itself is a great way to teach/learn the target content.

Use index cards or cut paper or card stock into identical rectangles.

On one card, write “1”, and on its matching card, draw one dot. This pair of cards makes a match.

Once you have multiple pairs (you can start with a low number of cards, say ten, for younger players) you are ready to play.

Shuffle the cards and set them out, face down, on a flat surface.

Players take turns flipping one card over and then a second card, trying to make a match.

If the player makes a match, then they get to keep the match and take another turn.

If the player does not make a match, the two cards are turned face down again.

A player’s turn ends when there is no match.

It is now the next player’s turn.

The game ends when all of the cards have been matched.

The winner is the player with the most pairs.

You can set the cards out in a grid pattern to make the memory game a bit easier. For example, 12 cards could be set out in a 3 x 4 grid.

Make sure that you cannot see through the paper or card stock.

You can use colored markers to help emerging readers know whether they’ve made a match. Just color-code the matching pairs.