Wheat berries have a satisfying al dente that surprised me when I first tried this grain.  I was expecting something bland because, let’s be honest, a lot of trendy foods just aren’t that great. 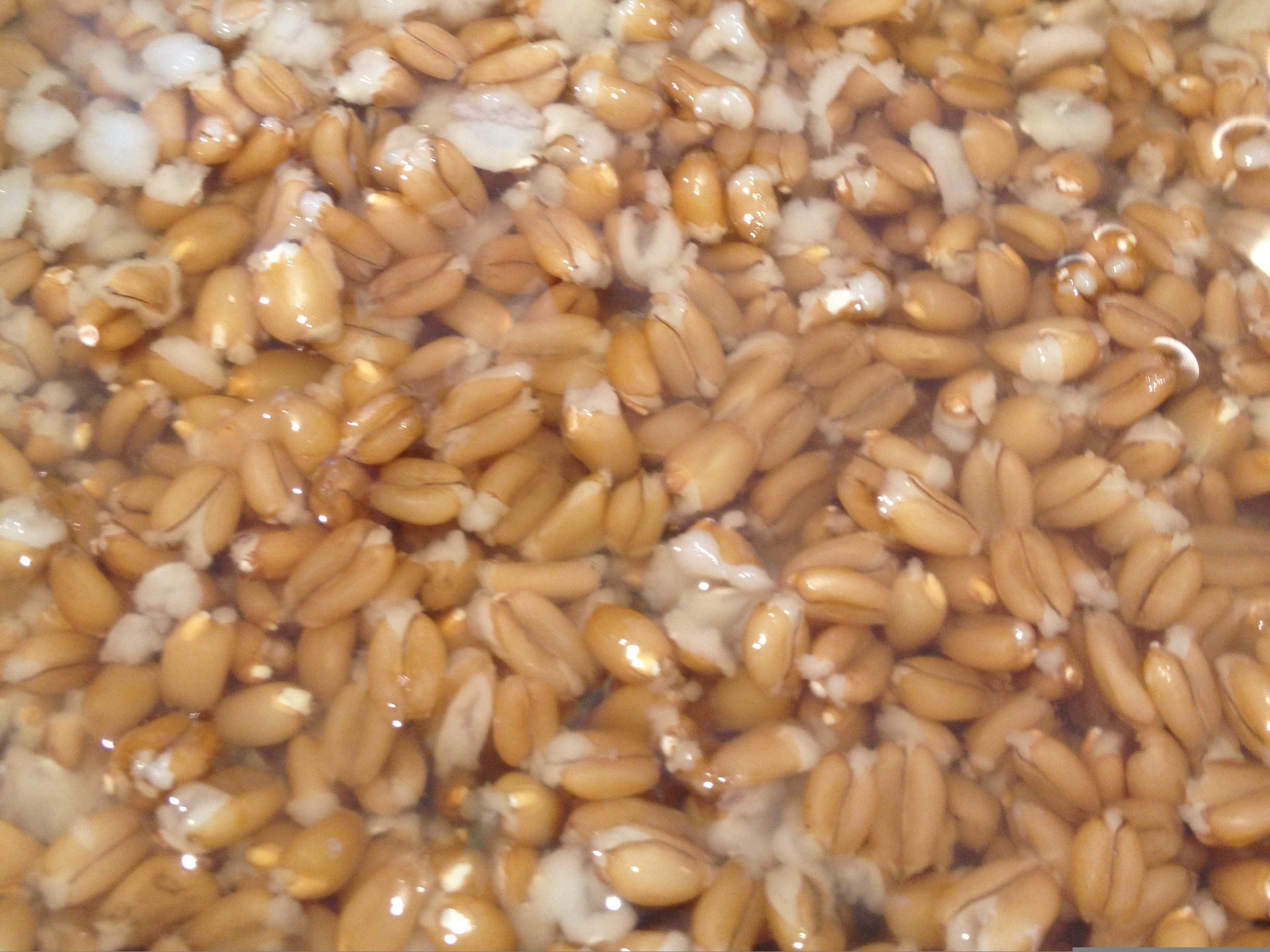 This grain came in one of our first CSA bags. I had no clue what to do with wheat berries, but I desperately wanted to prove to my husband that my summer food investment had been a good decision. Have you been there?

I searched Pinterest for recipes. Spoiler alert: there are a lot.  I combined the ideas from several recipes, looked at what I had in the fridge, and set about to put these grains to good use. (This is often my approach. I call it seat-of-the-pants cooking.)

The directions told me to soak the berries overnight. Blast! I wanted something for lunch that day. So, I just put them in a pot, covered them with three times as much water, and brought the pot to a boil. I partially covered the pot, then reduced it to a simmer, for about an hour. They cooked just fine. 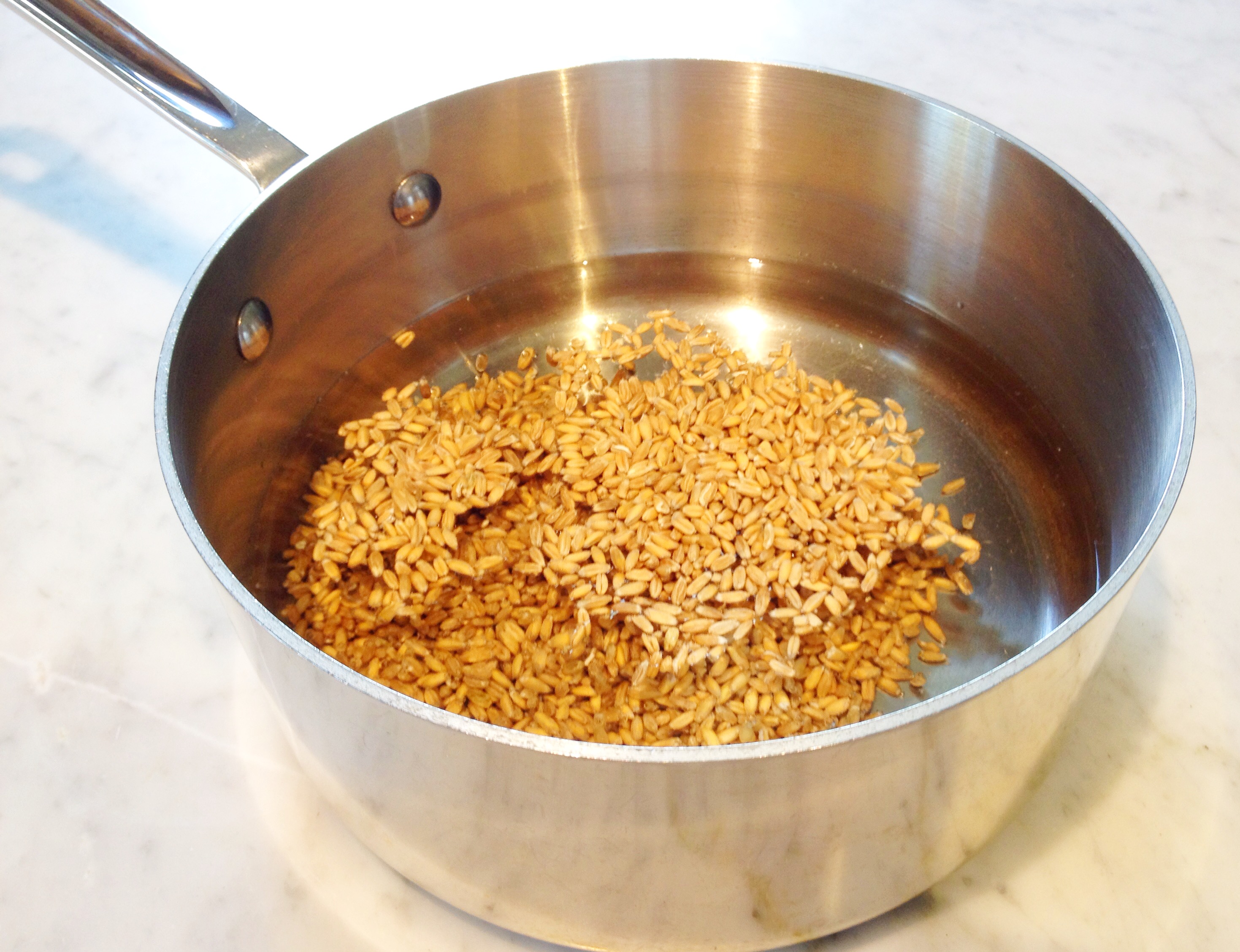 I let the berries cool and then drained the water out with a sieve. 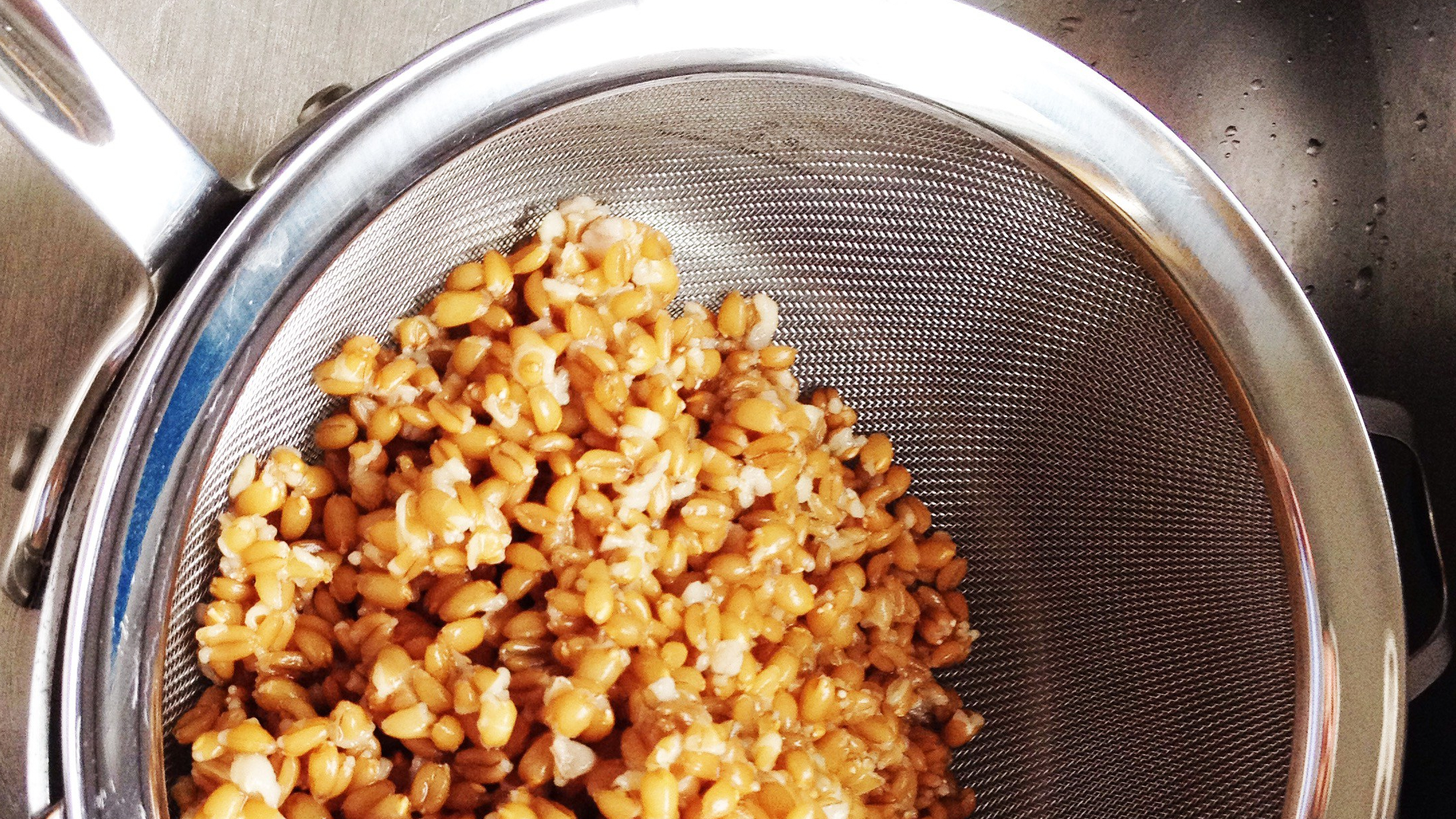 Next, I prepared the fruits and vegetables, threw in some nuts and dried cranberries, and poured over a simple vinaigrette. Delicious! 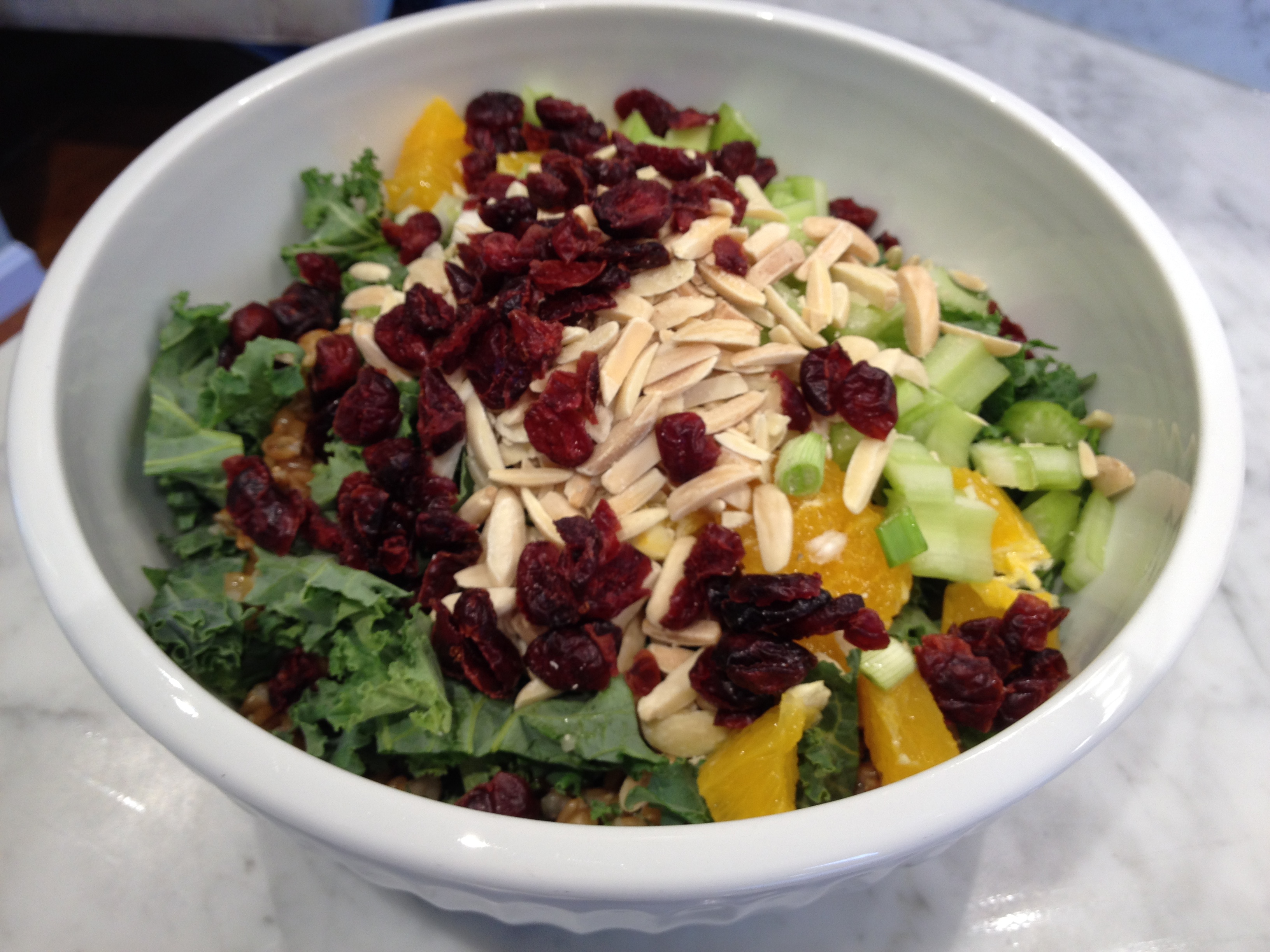 salt and pepper to taste

Follow the directions for cooking the wheat berries as explained in the introduction. Drain and set aside to cool. 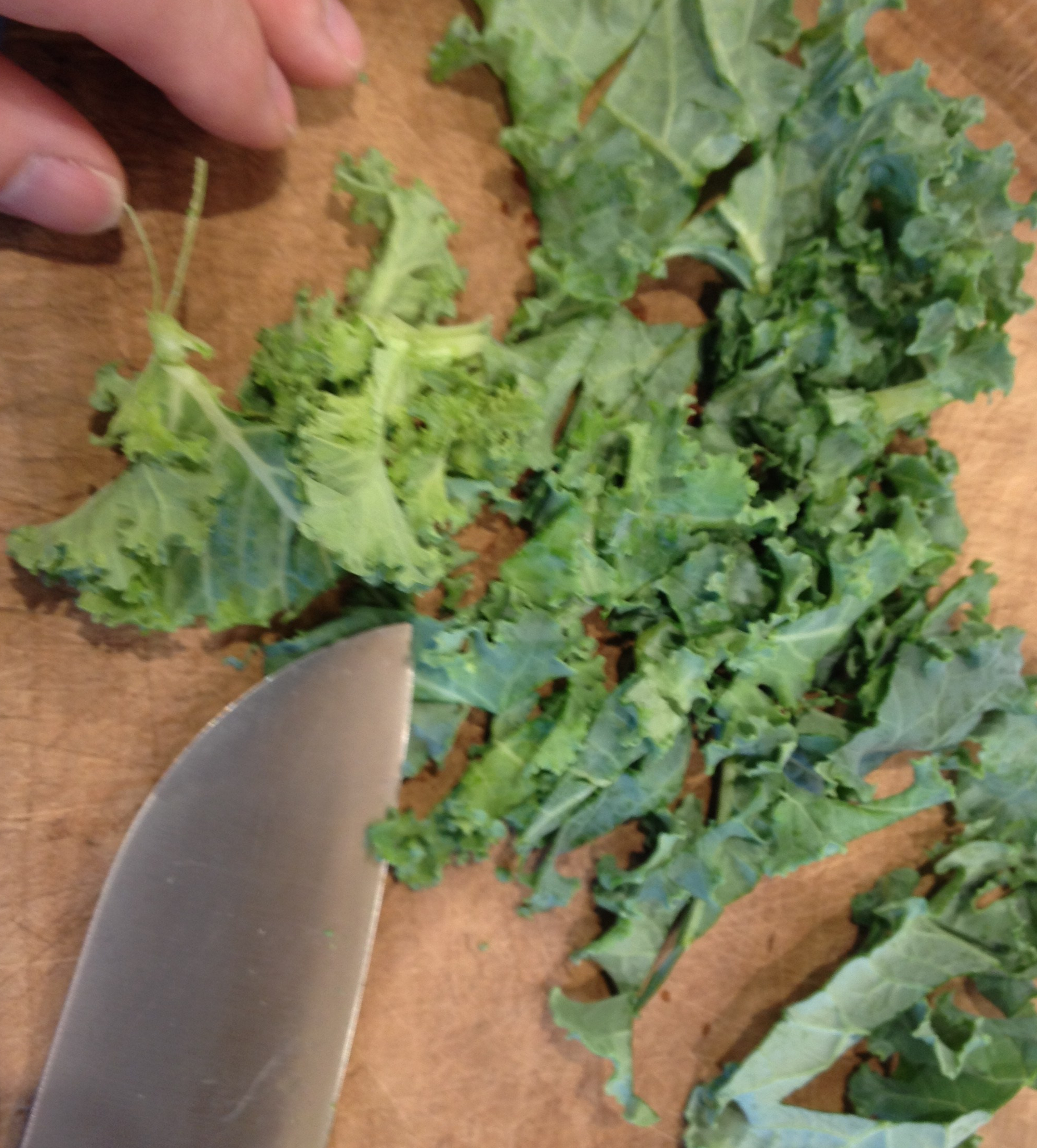 Chop the kale, onions, and cored apple. Put these in a large bowl.

Remove the peel, pith, and membrane of the orange with a sharp knife. I don’t always remove the membrane — it depends on how lazy I am that day. 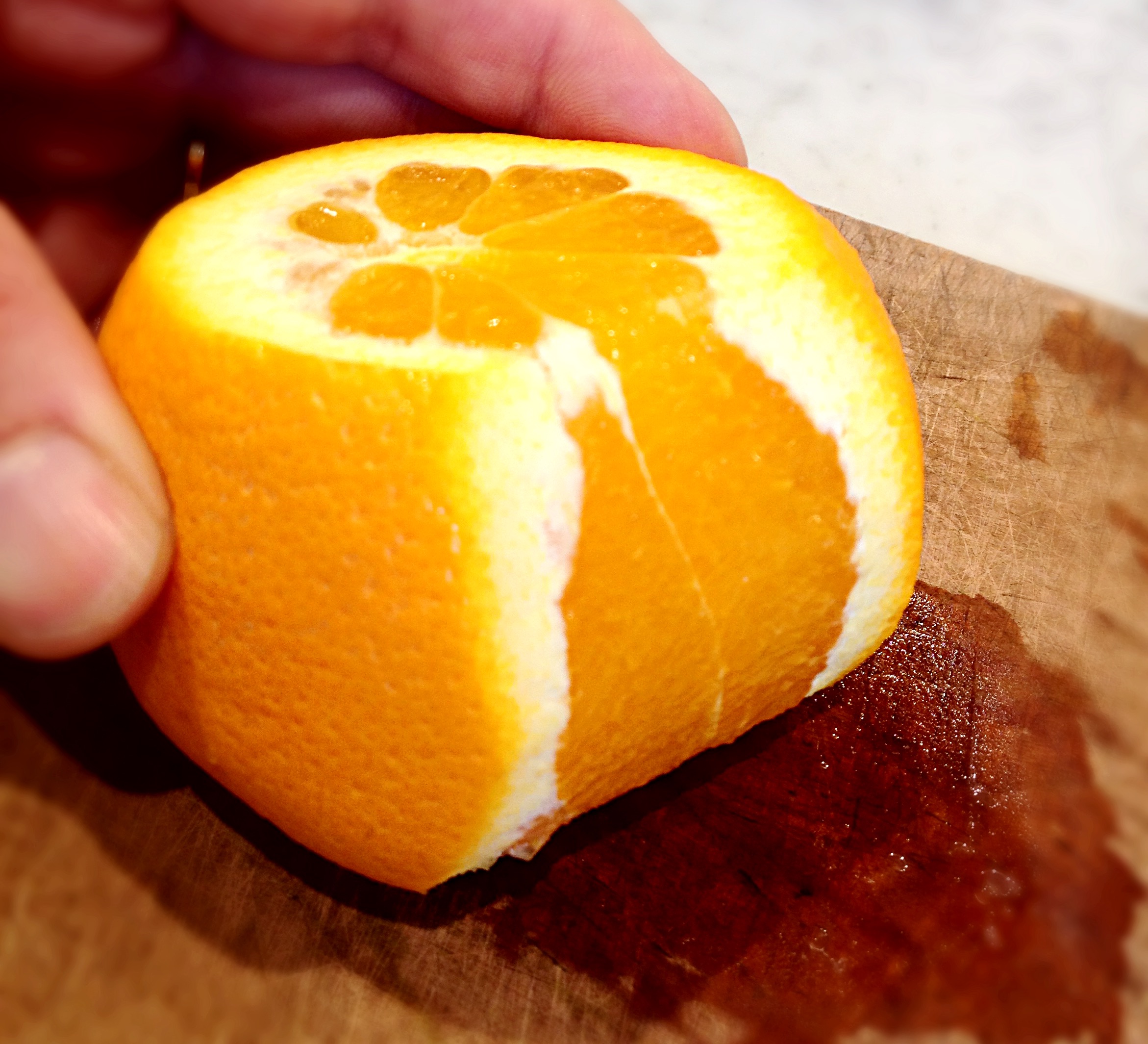 You really do need to remove the pith, though (it is that white, spongy stuff under the peel), because it will taste bitter in the salad.

Try to reserve the orange juice that runs out by pouring it from the cutting board into your mixing bowl. Add the sectioned orange pieces to the bowl.

Mix in the cooled wheat berries.

Next, whisk together the vinaigrette ingredients, adjusting proportions to your taste. Pour over the salad and mix. Cover and refrigerate for an hour before serving. This lets the flavors meld. 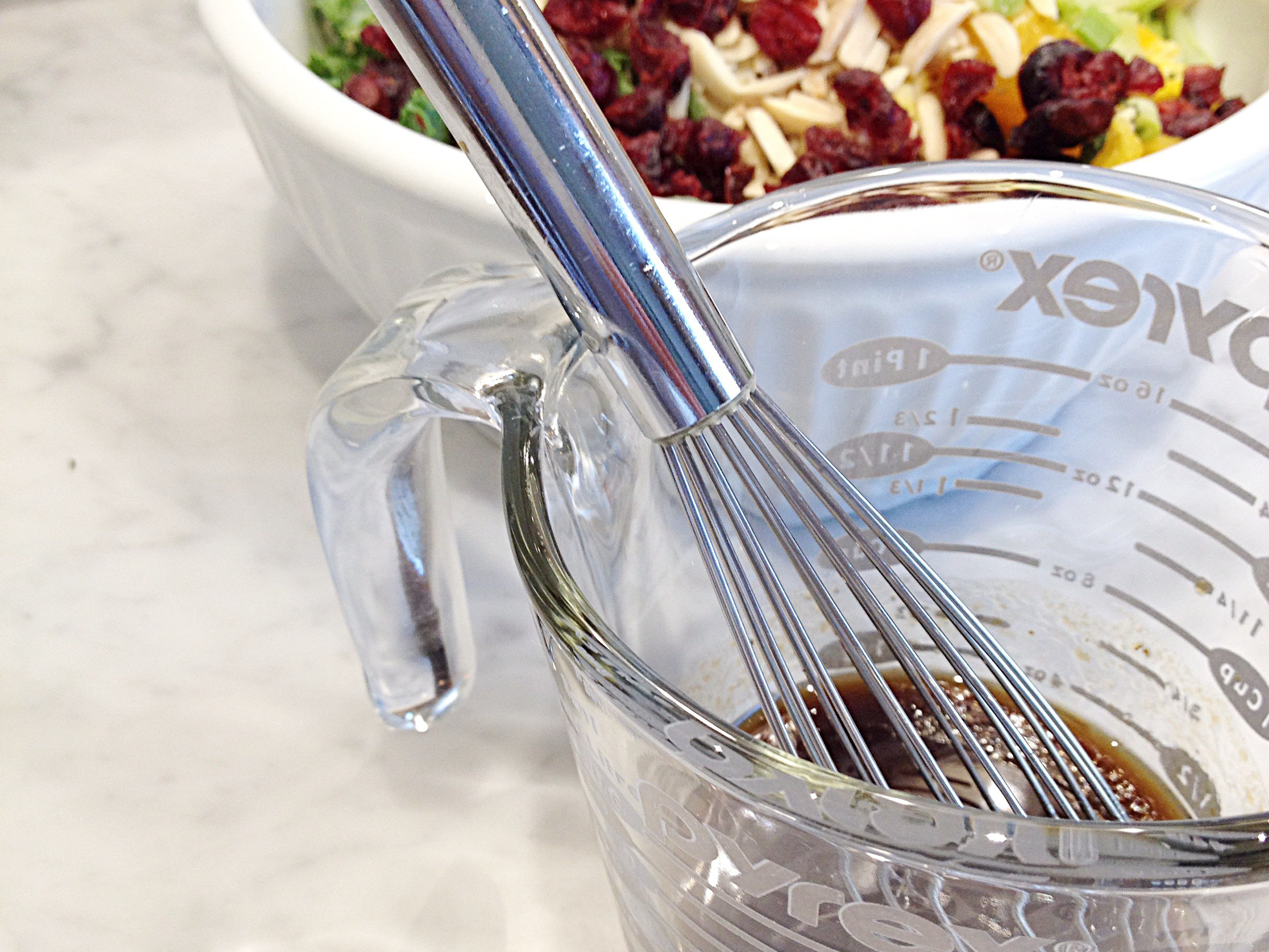 I like to serve this salad with grilled meat and crusty rolls, for an easy summer meal. We often put it on top of mixed greens to get even more veggies in the diet.

There usually isn’t much in the way of leftovers. That is good because, after a day or so, the dressing gets diluted as the fruits and vegetables release more liquid. If you are preparing this dish to take to a picnic, make it the day of, and not in advance. Your friends will be impressed, no?

Here is where I share the beauty I find in everyday life; and the humor, too! View all posts by A. JoAnn

Amazon Affiliates; We may earn a commission should you purchase Amazon products.