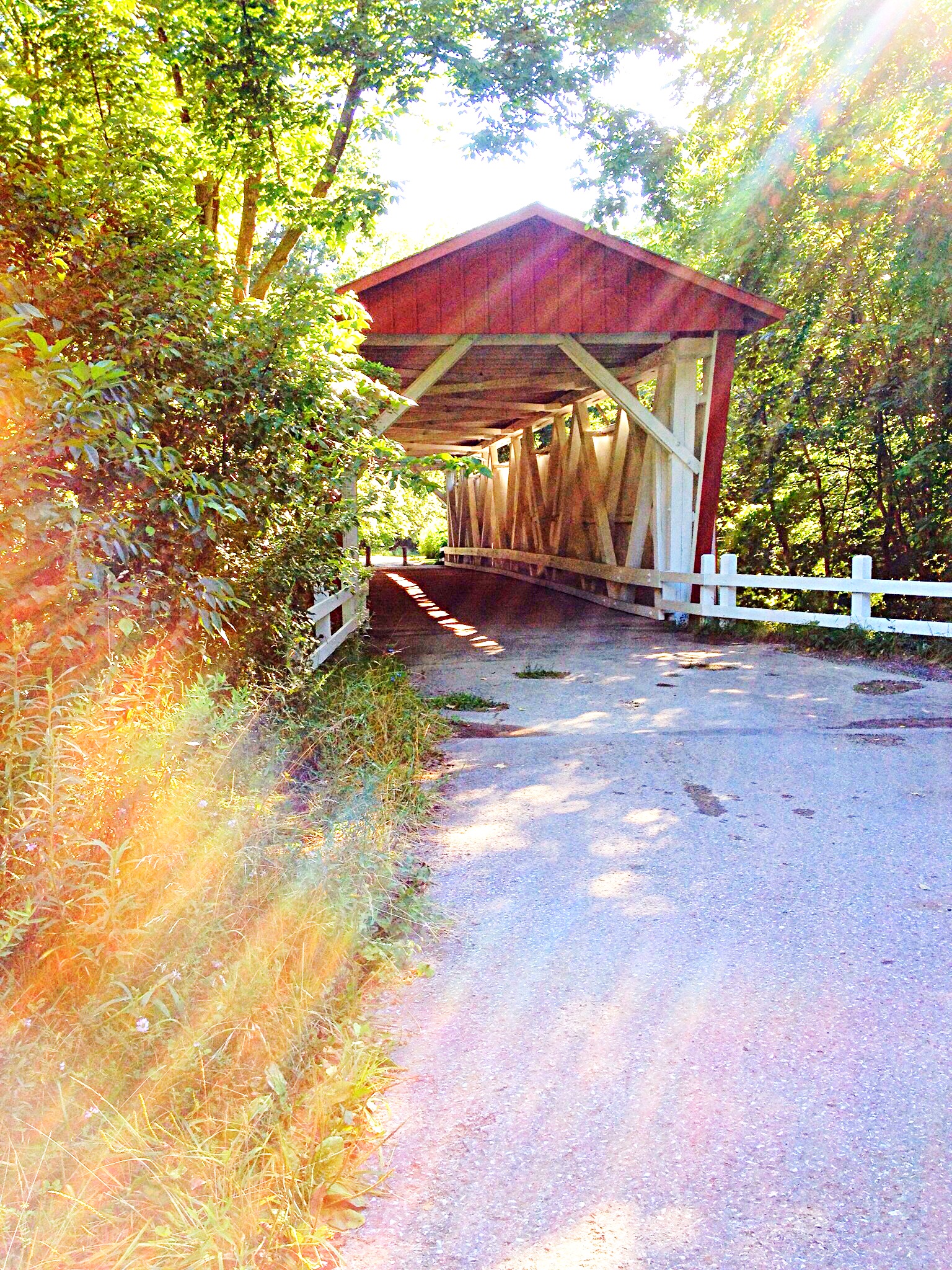 Heading into the Cuyahoga Valley National Park early Saturday morning, the sky is sparkling blue and the meadow flowers are popping. Already, runners and hikers are meeting at the picturesque covered bridge to begin their morning exercise.

The original bridge was built in 1877. It was most recently reconstructed by the National Park Service in 1986.

The bridge was initially built following the tragic drowning of John Gilson. Gilson was a farmer in the valley. He and his wife were swept into the high waters of the creek as they attempted to cross following a winter storm. Mrs. Gilson survived but her husband did not.

A Hopewell burial site was uncovered by construction workers during one of the rebuilds. Since then, stories of night-time hauntings continue to circulate.

After the last rebuild, the bridge was closed to all but foot traffic, in order to preserve it. It is the last covered bridge in Summit County, Ohio; though, Ohio still boasts 138 covered bridges.

On our way back to the car, we walk past giant prairie wildflowers that reach six feet above the meadow floor.

If you have a chance, visit the covered bridge in the Cuyahoga Valley National Park!